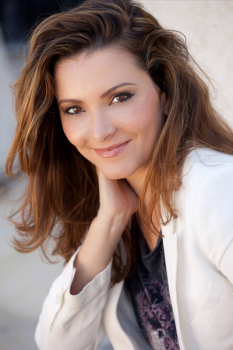 Marletta Films is a boutique production company based in Los Angeles devoted to developing, producing and funding international projects for Film and TV.

Known for her unique international sensibility, love for storytelling, visual elegance and financial expertise, Giulia Marletta has over 12 years of experience in the entertainment industry as an independent producer, film financier and film fund manager in the United States and overseas. Throughout her career as a producer and entertainment executive, Marletta has worked with directors such as Dario Argento, Al Pacino, David Lynch and Werner Herzog.

In 2009 Marletta joined as an Executive Producer the production of WILDE SALOME directed by and starring Al Pacino and Jessica Chastain. The art house film premiered at the Venice Film Festival in 2011 to enthusiastic reviews and will be released worldwide in 2012. Previously Marletta was a Co-Executive Producer with David Lynch of MY SON WHAT HAVE YA DONE directed by Werner Herzog, starring Michael Shannon, Chloe Sevigny and Willem Dafoe. The film premiered in competition at the Venice Film Festival 2009 and is distributed by NU Image/Millennium in USA.

In 2007 Marletta promoted the idea of creating the first mixed capital fund in Italy to finance international films in partnership with the LA based leading film financing and production company Endgame Entertainment; thus in December 2008 FIP – Film Investment Piedmont- was established having raised over $18 million. Giulia served as an Executive Board Member till January 2010. In 2006 Marletta was a Producer of Dario Argento’s MOTHER OF TEARS starring Asia Argento, a sequel to the acclaimed masterpiece SUSPIRIA distributed in the USA by Myriad Pictures and Weinstein Company in 2007.

From 2003 to 2005 Giulia consulted for Lumiq Studios – a European high-tech animation and digital production studio – as the studio Business Development Executive and international co-productions director. At Lumiq Studios, she was an Executive Producer of DONKEY XOTE, a $15 million 3D character animation film in co-production with Filmax, Spain.

Giulia also has been a freelance producer and director of commercials and music videos since the mid 90s, working for the likes of Public Enemy and Time Warner Cable. From 1999 to 2001 Giulia was the film channel’s Producer and Executive Director for the platform Indieplanet at Urban Box Office Network (UBO) in NY. There she developed and oversaw a variety of projects, including ARTIST TO ARTIST, a show that she directed and co-created with rapper Q-Tip, starring Puff Daddy.

Marletta Films is currently developing a variety of projects including the TV series THE CENTER together with cult Italian director Dario Argento, and the action film RORA. Working alongside Palmstar Media Capital, Marletta is also producing THE GOLDEN SUICIDES written by Brett Easton Ellis and to be directed by Gaspar Noe.

Giulia attended classical lyceum in Turin, Italy and the Academy of Fine Arts in Dusseldorf, Germany. She graduated with Honours from Tish School of the Arts at New York University with a B.A. in Film and TV Production. Giulia has been the recipient of numerous awards including Warner Brothers post production award at New York University and Dos XX prize for excellence in Film and Video in Cologne, Germany. At NYU she directed, wrote and produced her thesis film ONE NIGHT and was a recipient of the Advanced production grant.